He was right. As the newspapers soon reported, more than sixteen million dollars was withdrawn from roughly seventeen hundred 7-Eleven A.T.M.s across Japan that morning, using data stolen from South Africa’s Standard Bank. The newspapers surmised that 7-Elevens had been targeted because they were the only convenience stores in Japan whose cash terminals all accepted foreign cards. Soon after the raids, the withdrawal limit for many A.T.M.s in the country was reduced to fifty thousand yen 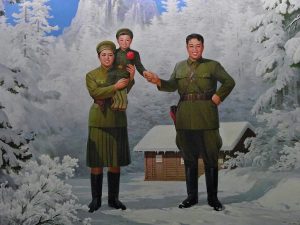 Why Cryptocurrency Is A Giant Fraud ❧ Current Affairs

Schweikert is partly right: “selling it as a revolution” is a hugely important part of why cryptocurrency is succeeding. But as is generally the case when someone is trying to sell you something, the whole thing should seem extremely fishy. In fact, much of the cryptocurrency pitch is worse than fishy. It’s downright fraudulent, promising people benefits that they will not get and trying to trick them into believing in and spreading something that will not do them any good

When hunting gets coded as “conservative” and cleaning up parks as “liberal”—and so on for an endless array of other dimensions of our lives—then we lose our last spaces for running into and forming some kind of relationship with our political opponents. Even our fashion has become politically coded. Our NPR tote bags and our camo jackets, our trucks and Priuses, all signal a political affiliation. As a result, when we do share a physical space—the city street, the subway—we can still keep ourselves sorted. This sorting happens precisely because we are trying to be good democratic citizens—because we are convinced of the importance of politics, and therefore make everything political. In short, polarization is significantly worsened by our tendency, as Talisse puts it, to “overdo democracy.”

Death of a (Really Good) Salesman

One drunken night, awful as it was, made some sense, but Janet was so disoriented it took her a bit to land on the natural follow-up question: What about the other kid? She confronted her husband again. Steve fed her an unbelievable line, explaining that it can be lonely growing up an only child and he didn’t want that for his kid. “This goes to show you how completely entranced or in love I was,” Janet says. “He kept spinning these stories, and I wanted to believe it. I just decided to choose love instead of kicking him out.”