Home » ProLinks #64 – Cookies, How to Survive Apocalypse, Fall of Rome and more

ProLinks #64 – Cookies, How to Survive Apocalypse, Fall of Rome and more

Data Brokers Are a Threat to Democracy

The Arkansas firm claims to have data on 2.5 billion people around the world. And in the US, if someone’s interested in that information, there are virtually no restrictions on their ability to buy and then use it.

How to fight back against Google FLoC

Federated Learning of Cohorts (FLoC) proposes a new way for businesses to reach people with relevant content and ads by clustering large groups of people with similar interests. This approach effectively hides individuals “in the crowd” and uses on-device processing to keep a person’s web history private on the browser.

Do Neural Networks Think Like Our Brain? OpenAI Answers! 🧠

Difficult to quantify what an ecological disaster Bitcoin is, but this comes close.

unclear: one study found that publishers only increased ad revenue by 4 percent from use of third-party data; another estimated that turning off third-party data decreased ad revenue by 50 to 60 percent. 4 4. Vishveshwar Jatain, “What digital publishers need to know about cookie blocking,” Ad Age, January 17, 2020, adage.com; Deepak Ravichandran and Nitish Korula, “Effect of disabling third-party cookies on publisher revenue,” Google, August 27, 2019, google.com. However, our analysis suggests that up to $10 billion in US publisher revenue is at risk.

I Thought My Job Was To Report On Technology In India. Instead, I Got A Front-Row Seat To The Decline Of My Democracy.

I love tech. But watching it intersect with a Hindu nationalist government trying to crush dissent, choke a free press, and destroy a nation’s secular ethos doesn’t feel like something I bought a ticket to. Writing about technology from India now feels like having a front-row seat to the country’s rapid slide into authoritarianism. “It’s like watching a train wreck while you’re inside the train,” I Slacked my boss in November.

“Non-paternity events” or “not parent expected” results, as they’re crudely called, happen more often than you might think. Within a year of uncovering my own paternity mix-up, I learned of three other people in my social circle who’d recently made similar discoveries through DNA tests. One found out her parents had a threesome and the other man was her true biological father. Another was given a test by her sister for Christmas, only for the “gift” to reveal the news they didn’t share a dad. And another learned that her absent father, whose troubled history she was trying to avoid repeating, wasn’t her flesh and blood after all.

The evolutionary purpose is clear: Vivid memories of dangerous incidents may help us avoid them in the future. But that doesn’t make these memories any less searing.

what the Dunning-Kruger effect is and isn’t

Unfortunately, Kruger and Dunning never actually provided any support for this type of just-world view; their studies categorically didn’t show that incompetent people are more confident or arrogant than competent people. What they did show is this

How Ocean Currents Work (and How We Are Breaking Them)

Typically, researchers produce a paper containing equations that is then pored over by the wider community of scientists; this element of peer review and discussing ideas and evidence in the open is generally accepted to be a critical part of the scientific process. Weinstein’s audacious approach earned as much criticism as the theory itself, and his latest move has ignited furor all over again.

How to Survive a Killer Asteroid

You might think the survival of your shrewlike ancestor proves that a larger-brained mammal like yourself would stand a reasonable chance. Unfortunately, the shrew had a number of apocalypse-friendly adaptations humans have since lost. The shrew could survive on insects, burrow away from the heat, and had fur to warm itself during the freezing decade that followed. You could replicate some of the shrew’s survival strategies. You could burrow and expand your diet. But evolution has robbed you of others, and your opposable thumbs might not be enough to save you when that twinkling star enters Earth’s atmosphere at 12.5 miles per second. 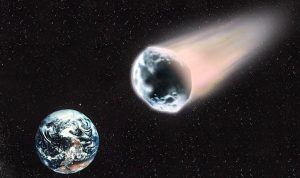 The road from Rome

The new Germanic rulers operated with lower overheads and proved less adept at collecting rents and taxes. Forensic archaeology reveals that people grew to be taller, likely thanks to reduced inequality, a better diet and lower disease loads. Yet these changes didn’t last.

How People Get Rich Now

How are people making these new fortunes? Roughly 3/4 by starting companies and 1/4 by investing. Of the 73 new fortunes in 2020, 56 derive from founders’ or early employees’ equity (52 founders, 2 early employees, and 2 wives of founders), and 17 from managing investment funds.

Dating Sites Are Not Built for Men

Female attraction is typically, uh, different. What happens is that women intuitively develop this whole complex story about you, based on a large number of factors. The factors being measured include, but are not limited to: your status within the local group, your confidence, your shoes, your sense of humor, and how likely it is that you’ll maintain equipoise during a natural disaster. And your attractiveness level is based on this whole gestalt. To summarize it in a very male way, what’s important is your overall value, and a lot of things go into that.

The Best Friends Can Do Nothing for You

These are what some social scientists call “expedient friendships”—with people we might call “deal friends”—and they are probably the most common type most of us have. The average adult has roughly 16 people they would classify as friends, according to one 2019 poll of 2,000 Americans. Of these, about three are “friends for life,” and five are people they really like. The other eight are not people they would hang out with one-on-one. We can logically infer that these friendships are not an end in themselves but are instrumental to some other goal, such as furthering one’s career or easing a social dynamic.

Things you should avoid saying: “What can I do to help?” This puts the burden of answering the question back on them. They don’t want to feel vulnerable. It is ok to ask this question if you just rephrase it. “Do you need help with ***?” Or just do something for them. Sometimes it can be something as mundane as cleaning their house or filling up their car with gas.

End every conversation with an expert about your industry with: “Why do you think I am going to fail?” to lean into brutally understanding what you need to de-risk.

I Refuse to Stand By While My Students Are Indoctrinated

However, when my questions were shared outside this forum, violating the school norm of confidentiality, I was informed the head of the high school that my philosophical challenges had caused “harm” to students, given that these topics were “life and death matters, about people’s flesh and blood and bone.” I was reprimanded for “acting like an independent agent of a set of principles or ideas or beliefs.” And I was told that by doing so, I failed to serve the “greater good and the higher truth.”

Identity is often used against us

But “you” is not the car you drive, the kind of wine you drink or how you feel about a certain issue in our society. Those are choices. Those are tastes. Those can be changed.

Professor Brian Harvey on why not to cheat