Any fundamental discovery involves a significant degree of risk. If an idea is guaranteed to work then it moves from the realm of research to engineering. Unfortunately, this also means that most research careers will invariably be failures at least if failures are measured via “objective” metrics like citations.

Primal terror of mechanical menace has given way to fear of angry primates posting. Ironically, the roles have reversed. The robots are now humanity’s saviors, suppressing bad human mass behavior online with increasingly sophisticated filtering algorithms. We once obsessed about how to restrain machines we could not predict or control — now we worry about how to use machines to restrain humans we cannot predict or control. But the old problem hasn’t gone away: How do we know whether the machines will do as we wish?

In almost every instance, my students come to study at the University of Chicago not because some particular quality about this school (its “nerdy” reputation, location, etc.) appealed to them, but because it was the “highest-ranked” school that accepted them. Once here, they organize their leisure and career aspirations around rankings. Many student clubs require potential members to submit applications and undergo interviews, and students seem to get a certain sadistic thrill from doing to others as the educational system has done to them. Already in their sophomore years, they are applying for internships that will open paths to careers in consulting and finance, which they also perceive in terms of rank—only a few “top” firms in New York, they have learned from peers and parents, are worthy of a bright young person’s ambition

Beauty filters are changing the way young girls see themselves

The face filters that have become commonplace across social media are perhaps the most widespread use of augmented reality.

How Netflix is creating a common European culture

Before, a top French show could be expected to be translated into English, and perhaps German, only if it was successful. Now it is the norm for any release.

Could Index Funds Be ‘Worse Than Marxism’?

Indexing has also gone small, very small. Although many financial institutions offer index funds to their clients, the Big Three control 80 or 90 percent of the market. The Harvard Law professor John Coates has argued that in the near future, just 12 management professionals—meaning a dozen people, not a dozen management committees or firms, mind you—will likely have “practical power over the majority of U.S. public companies.” This financial revolution has been unquestionably good for the people lucky enough to have money to invest: They’ve gotten better returns for lower fees, as index funds shunt billions of dollars away from financial middlemen and toward regular families. Yet it has also moved the country toward a peculiar kind of financial oligarchy, one that might not be good for the economy as a whole.

Hyperinflation is Already Here – You Just Haven’t Realised It Yet.

Statistics, lies and the virus: five lessons from a pandemic

The same tactics, and sometimes even the same personnel, were later deployed to cast doubt on climate science. These tactics are powerful in part because they echo the ideals of science. It is a short step from the Royal Society’s motto, “nullius in verba” (take nobody’s word for it), to the corrosive nihilism of “nobody knows anything”.

The Case against Lockdowns

You may recall that, back in April, The Atlantic published a piece called “Georgia’s Experiment in Human Sacrifice“ decrying the decision by the governor of that state to lift many restrictions. So let’s have a look at the result of this so-called experiment

Dunbar’s number should actually be 18, since, under stress, the quality of your relationships matters much more than the number of people in your network

“Lockdown is a temporary measure that you do to buy you time,” David Nabarro, a long-time United Nations adviser and one of the World Health Organization’s special envoys on COVID-19, told me. But most countries were unable to get the virus under control and decided to leave lockdowns in place until a vaccine became available.

‘Our souls are dead’: how I survived a Chinese ‘re-education’ camp for Uighurs

Since 1955, when communist China annexed Xinjiang as an “autonomous region”, we Uighurs have been seen as a thorn in the side of the Middle Kingdom. Xinjiang is a strategic corridor and far too valuable for China’s ruling Communist party to risk losing control of it. The party has invested too much in the “new silk road”, the infrastructure project designed to link China to Europe via central Asia, of which our region is an important axis. Xinjiang is essential to President Xi Jinping’s great plan – that is, a peaceful Xinjiang, open for business, cleansed of its separatist tendencies and its ethnic tensions. In short, Xinjiang without Uighurs.

A Tale of Two Tongues

The history of universal languages tracks what its inventors believed divided humanity throughout the centuries. In the thirteenth century, the Catalan mystic and poet Ramon Llull developed a language that he believed would convert “infidels” to God’s truth. In his book Ars Magna, he designed a system of disks that could be rotated to combine theological concepts and generate 1,680 logical propositions by which the enterprising missionary might transcend linguistic barriers. (His eventual death at the hands of the Saracens suggests that the infidels felt otherwise.)

Do we Need Nuclear Energy to Stop Climate Change?

How to Remember a Disaster Without Being Shattered by It

She had no idea that the bathroom’s plumbing relied on air pressure generated by the plane’s jet engines, and that a faulty tap can be a sign of a much deeper failure. So she thought little of it and gave up.

Perfect is not the same as perfectionism

The perfectionist desires an outcome that can never be achieved. That’s why they’re a perfectionist–to hide behind the impossible.

The Mythology of Red Bull

It’s worth pausing on the uniquely mind-boggling nature of that fact, the strangeness that a feat of science and human endurance was conducted in service of something so trivial; as if Wrigley’s mapped the human genome to promote a pack of gum or Heinz orchestrated a Mars landing to promote a new relish. 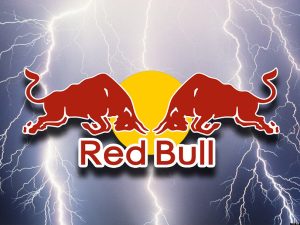 Writing tools I learned from The Economist

It’s easy to know where the writer is going with these opening sentences. Three seconds took me to read each one and I can, right now, make the decision to continue reading or move on. Refreshing.