The fundamental idea in MDL is to view learning as data compression. By compressing the data, we need to discover regularity or patterns in the data with the high potentiality to generalize to unseen samples. Information bottleneck theory believes that a deep neural network is trained first to represent the data by minimizing the generalization error and then learn to compress this representation by trimming noise.

“It would clearly be naïve for psychotherapists to turn a blind eye to science, or to be ‘against’ scientific methodology,” he wrote. “But the attempt to present psychotherapy as a hard science is merely an attempt to make it a convincing competitor in the marketplace. It is a sign, in other words, of a misguided wish to make psychotherapy both respectable and servile to the very consumerism it is supposed to help people deal with.” (Psychotherapy, he points out, emerges historically just as “traditional societies begin to break down and consumer capitalism begins to take hold.”)

‘A managerial Mephistopheles’: inside the mind of Jeff Bezos

But here is where I encounter the problem of my own moral inertia. If a thing is available for purchase, and I want to buy it, I know for a near certainty that I will be able to get on Amazon, and that I will in all likelihood be able to get it quicker and cheaper than I would elsewhere. 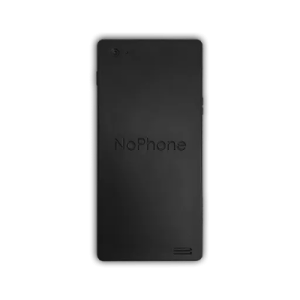 Amazon was heads-down, secretive, forthright. Facebook was open, transparent, collaborative. Here’s what I learned about culture working for Bezos and Zuck:

Why Computers Won’t Make Themselves Smarter

When you’re developing software, you typically use a program known as a compiler. The compiler takes the source code you’ve written, in a language such as C, and translates it into an executable program: a file consisting of machine code that the computer understands. Suppose you’re not happy with the C compiler you’re using—call it CompilerZero. CompilerZero takes a long time to process your source code, and the programs it generates take a long time to run

It’s not a frequent topic of discussion, but doctors die, too. And they don’t die like the rest of us. What’s unusual about them is not how much treatment they get compared to most Americans, but how little. For all the time they spend fending off the deaths of others, they tend to be fairly serene when faced with death themselves. They know exactly what is going to happen, they know the choices, and they generally have access to any sort of medical care they could want. But they go gently.

The impact of inheritance

inheritance is a conversation we need to have, because a great wealth transfer is upon us, coming soonish. A large amount of cash is expected to move from the pockets of boomers to everyone younger, though guesses at just how much and when vary: Forbes reports $30 trillion over “many years,” PNC says $59 trillion by 2061, CNBC mentions $68 trillion and 25 years, and the New York Times confirms the variety of these assessments but puts it at around $15 trillion over the next decade.

Sharing information about a child’s adoption before he or she is in the home is frowned upon by adoption experts. “We don’t advise it. In fact, we ask them specifically not to do it,” says Susan Soonkeum Cox, vice-president of policy and external affairs for Holt International, the agency that has since merged with the World Association for Children and Parents, which the Stauffers said they used to adopt Huxley. Not only can publicizing an adoption jeopardize it, but it’s often seen as playing into the stereotype of white families swooping in to “save” foreign children. It “perpetuates the idea of lesser,” says Cox, who was adopted from Korea. That notion hasn’t stopped other influencers from documenting their process.

How to be angry

But before you actually get angry, you interpret that provocation. You decide what it means to you, and whether or not you can cope with it. Imagine that you’re insulted by a coworker during a meeting. You might interpret that what he said was unfair and unreasonable, and feel yourself starting to get angry. At this point, you decide if you can cope; essentially, you decide how much it matters that he insulted you. If you think something like: ‘No one listens to this person anyway so it’s no big deal,’ you will get less angry than if you think something like: ‘This is terrible. My boss was in that meeting and now she thinks I’m an idiot.’

To ask whether the claims were true is to fall into a trap. None of these politicians had any interest in playing that game. They were engaged in another pastime entirely.

Religion And The Decline of Democracy

And then the homily began: “Today, we have no real equivalence to leprosy and its stigmas, so perhaps we need to analogize to cancer.” I barely heard the rest of it because my heart was beating so fast, my mind reeling, my heart re-broken. I went up to the priest afterwards, and said to him, with a snarl: “Have you heard of AIDS, father? It’s in the papers.” He looked at me blankly for a moment and then said: “Well, I didn’t think we’d have many people affected by that here.”

The Insane Logistics of Shutting Down the Cruise Industry

Time, Tarkovsky And The Pandemic

How We Killed Expertise

Since then, globalization and technological advances have created a gulf between people with enough knowledge and education to cope with these changes, and people who feel threatened and left behind in the new world of the 21st century.