What Happens When Our Faces Are Tracked Everywhere We Go?

Clearview has now raised $17 million and, according to PitchBook, is valued at nearly $109 million. As of January 2020, it had been used by at least 600 law-enforcement agencies; the company says it is now up to 3,100. The Army and the Air Force are customers. ICE signed a $224,000 deal in August; Erin Burke, of the Child Exploitation Investigations Unit, said she now supervises the deployment of Clearview AI for a variety of criminal investigations at H.S.I., not just child-exploitation cases. “It has revolutionized how we are able to identify and rescue children,” Burke told me. “It’s only going to get better, the more images that Clearview is able to scrape.”

What Data Can’t Do

Whenever you try to force the real world to do something that can be counted, unintended consequences abound.

Our shoddy thinking about the brain has deep historical roots, but the invention of computers in the 1940s got us especially confused. For more than half a century now, psychologists, linguists, neuroscientists and other experts on human behaviour have been asserting that the human brain works like a computer.

How the United States Lost to Hackers

All the rationalizations were stripped away the day emails from the first lady of the United States popped up on his screen. In late 2015, Michelle Obama’s team was putting the finishing touches on a trip to the Middle East. Qatar’s Sheikha Moza bint Nasser had invited Mrs. Obama to speak at her annual education summit in Doha, where the first lady would promote her “Let Girls Learn” initiative. Mrs. Obama and her team were in constant communication with Sheika Moza. And every last email between the first lady, her royal highness, and their staff — every personal reflection, reservation, itinerary change and security detail — was beaming back to former N.S.A. analysts’ computers in Abu Dhabi. “That was the moment I said, ‘We shouldn’t be doing this,’ he told me. “We should not be targeting these people.” 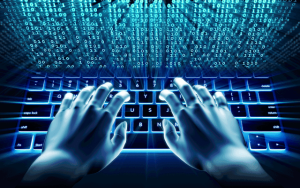 The best minds of my generation are thinking about how to make people click ads—and that’s ok.

three companies, driven primarily by ad clicks, have connected us to information and to each other like never before. It’s almost as if Adam Smith was on to something with the whole invisible hand idea.

Honestly, a lot of free software is free as in *piano.* It’s right there. Nobody is stopping you. You could totally spend hours of painstaking labor getting it carried up your front steps or built from a clusterfuck of diffs and patches or whatever. Everyone knows you won’t.

No one gives a shit what programming language you use

Anytime you hear a podcast talk about ‘code quality’ in isolation, or about ‘being a professional’, you’re hearing this same sort of elitist attitude towards software development. The only people who have to proclaim they’re professionals are people who are ostensibly not professionals. It’s another example of the idea that you can’t label yourself by your words, others label you by your actions.

The only reason hundreds of millions of people in the United States—and elsewhere in the world as well—have jobs at all, is because companies have not yet solved the problem of human employment.

A thing about ‘normal’

Normal is the thing many don’t notice. Until it changes. And then we can’t unsee how much we had failed to pay attention to.

Why People Really Quit Their Jobs

Of course, people are more likely to jump ship when they have a horrible boss. But we’ve spent years working to select and develop great managers at Facebook, and most of our respondents said they were happy with theirs. The decision to exit was because of the work. They left when their job wasn’t enjoyable, their strengths weren’t being used, and they weren’t growing in their careers.

Errors in learning a foreign language, 2 years in

nobody cares if you don’t speak perfectly. More than that, if you’re positive and respectful, then even a dialogue where both sides fail to understand each other is often mutually amusing.

On “getting” poetry by Adam Kirsch

The essence of finding pleasure in art poetry is paying attention to language in a new way. In daily talk and in most writing, words are used to convey information: you’re not supposed to pay attention to the words themselves but to the message they deliver. The ultimate example is a stop sign, where the meaning resides just as much in the red octagon as in the word “stop.” A driver isn’t meant to read the word at all, just reflexively put a foot on the brake. In poetry, the opposite is true: the emphasis is on the words themselves, as much as or even more than what they mean. Instead of being a transparent window we look through to see what’s on the other side, poetic language is a stained-glass window that captures our attention for itself.

Processes of historical reinvention tend to accompany moments of great economic and social transformation, such as the one that we’re living through at the moment. They produce a new historical consciousness that has to take account of the transformative experiences that human populations live through. The era of abolition was one such period in West Africa, where the power of old elites collapsed, and new political centres arose. And yet this was also a moment that saw the expansion of poverty and coerced labour, an increase in slavery, and paved the way for the triumph of colonial power at the end of the 19th century.

The Secret of Synchronization

What if space can’t exist without matter—what if it’s nothing more than the relationship between matter? In this view, you can’t have pure “empty space” because the idea of any space at all beyond the last piece of matter doesn’t make any sense. For example, you can’t measure the distance between two particles if you don’t have any particles. The concept of “space” would end when there are no more matter particles left to define it. What would be beyond that? Not empty space.

Yes, experts will lie to you sometimes

Mankiw claims that letting countries trade with each other is no different than letting individuals trade with each other. But it’s clearly not the same. A country is made up of many individuals. And even the classical economists recognized that trade can hurt some of the people in a country. When America opens up trade with China, for example, workers in occupations that compete directly with China may lose out. This is not a controversial proposition in economics. It follows very clearly from the simplest models of trade. If you ask economists about it, they will frankly admit that liberalizing trade creates “winners” and “losers”. They will then typically go on to tell you that free trade creates enough benefits that the winners can compensate the losers.

A Boy, His Brain, and a Decades-Long Medical Controversy

Two days later, the boy was starting to become himself again. The bad men had disappeared. He wanted to go out for pizza and read his favorite sci-fi books. For the first time in almost five months, Rita and John recognized their son. The relief was immense, but it was tinged with uncertainty: If this disease was “made-up,” why was Timothy getting better? Would the improvement in his condition last? And the biggest question, the one that would dog the family well into Timothy’s adolescence: When doctors disagree on the cause of an illness, where does that leave the patient?

A reserve currency (or anchor currency) is a foreign currency that is held in significant quantities by central banks or other monetary authorities as part of their foreign exchange reserves. The reserve currency can be used in international transactions, international investments and all aspects of the global economy. It is often considered a hard currency or safe-haven currency.

The Fantasy Of Political Intimacy

It’s funny, though, that I fetishized the article about the “unlikely” and politically generative friendship between the elderly right-winger and the young lefty activist. I actually have such a relationship already — with my own mother. It ticks the boxes: She’s a serious conservative and I’m a liberal. It’s intimate. It’s persistent. We text every day.