You’re Doing It Wrong: Notes on Criticism and Technology Hype

What is less obvious is why Shoshana Zuboff, an emerita professor of Harvard Business School, so uncritically repeats the digital industry’s marketing materials, nor why she never points to or assesses evidence that goes against her argument. Yet her writings are full of hyperbole that sounds like she took press releases from Facebook’s and Google’s PR departments and rewrote them to be alarming,

Zuckerberg’s obsession with getting the whole world to use Facebook had found a powerful new weapon. Teams had previously used design tactics, like experimenting with the content and frequency of notifications, to try to hook users more effectively. Their goal, among other things, was to increase a metric called L6/7, the fraction of people who logged in to Facebook six of the previous seven days. L6/7 is just one of myriad ways in which Facebook has measured “engagement”—the propensity of people to use its platform in any way, whether it’s by posting things, commenting on them, liking or sharing them, or just looking at them. Now every user interaction once analyzed by engineers was being analyzed by algorithms. Those algorithms were creating much faster, more personalized feedback loops for tweaking and tailoring each user’s news feed to keep nudging up engagement numbers.

Staying out of TTL hell

How long can you show the user the wrong value in a certain place before they become meaningfully confused? How long before they suspect a problem in their account and become a burden for customer services?

Why in the World Would You Own Bonds When…

In US, European, Japanese, and Chinese bonds an investor has to wait roughly 42 years, 450 years, 150 years, and 25 years[1] respectively to get one’s money back and then one gets low or nil nominal returns. However, because you are trying to store buying power you have to take into consideration inflation. In the US you have to wait over 500 years, and you will never get your buying power back in Europe or Japan. In fact, if you buy bonds in these countries now you will be guaranteed to have a lot less buying power in the future

Trillionaires have the right to create any kind of nonsense they want and offer it up for sale. You have the right to come to your senses and say, “You know what, I don’t actually need that shit, I need a job. I need a nice new suit to go on interviews with. I need to fix my car. I need to upgrade my apartment so I can bring a date home and not be embarrassed about my situation.”

The things we go back to

Weird Science and Animal Facts Your Kid Will Enjoy

Three percent of the ice in Antarctica is made of penguin pee.

The Weight of the Air

But the suction pump suffered from one puzzling, and vexing, limitation – no matter how one contrived to improve it, it could not lift water more than about thirty feet. To work around this, miners could create multiple pump stages, with one pump lifting water up to the sump of another, higher pump; of which Agricola also provides an example. But this was a complicated and expensive arrangement.

What is Impossible in Evolution?

Could humans ever evolve to have wings? Why don’t fish have propellers? Why don’t tigers have wheels? Why don’t zebras have laser turrets? These might all seem like stupid questions (and maybe they are!) but they can teach us a lot about how evolution actually works, and how it doesn’t work.

The science of terrible men

A meta-analysis of results from 50 years of twin studies (including the twin study that I co-direct, the Texas Twin Project) concluded in 2015 that genes do, in fact, make a difference for these types of social and behavioural outcomes – for people’s cognitive ability, personality, sexual behaviour, educational attainment and income. In fact, this finding is so consistent that it’s long been enshrined as the ‘first law of behavioural genetics’: everything is heritable.

What Is Life? Its Vast Diversity Defies Easy Definition.

“This is intolerable for any science,” he replied. “You can take a science in which there are two or three definitions for one thing. But a science in which the most important object has no definition? That’s absolutely unacceptable. How are we going to discuss it if you believe that the definition of life has something to do with DNA, and I think it has something to do with dynamic systems? We cannot make artificial life because we cannot agree on what life is. We cannot find life on Mars because we cannot agree what life represents.”

The Air Conditioning Trap: How Cold Air Is Heating the World

As the world gets hotter, scenes like these will become increasingly common. Buying an air conditioner is perhaps the most popular individual response to climate change, and air conditioners are almost uniquely power-hungry appliances: a small unit cooling a single room, on average, consumes more power than running four fridges, while a central unit cooling an average house uses more power than 15. “Last year in Beijing, during a heatwave, 50 percent of the power capacity was going to air conditioning,” says John Dulac, an analyst at the International Energy Agency (IEA). “These are ‘oh shit’ moments.”

The Golden Ratio: Is It Myth or Math?

The golden ratio. Some say it’s the most mythical number in the universe. Others say it underlies everything from nature’s patterns to beauty in art and design. But, like, what is it? And does the myth of the golden ratio hold up to its mathematical reality?

Can We Stop Hurricanes?

Can one blast apart a hurricane with a nuclear bomb? Can one make a hurricane rain off over the oceans? Can one stop hurricanes from happening in the first place? How do hurricanes form anyway and what’s the difference between a hurricane and a typhoon?

SOCOM, whose genealogy can be traced to a small hostage-rescue team in 1979, has grown to fully inhabit the in-between space. Made up of elite soldiers pulled from each of the main military branches—Navy SEALs, the Army’s Delta Force and Green Berets, Air Force Combat Controllers, Marine Raiders—it is active in more than 80 countries and has swelled to a force of 75,000, including civilian contractors. It conducts raids like the one in Syria in 2019 that killed the Islamic State leader Abu Bakr al-Baghdadi, and carries out drone strikes like the one in Iraq in 2020 that killed Iranian Major General Qassem Soleimani. It works to locate hidden nuclear-missile sites in North Korea. 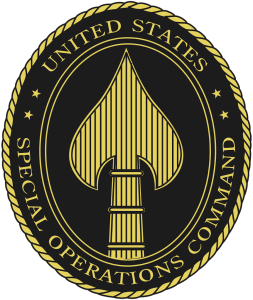 Who Is Afraid of Race?

The ongoing refusal of “post”-Nazi Germany—not only the book’s, but the world’s exemplar for historical reckoning and reconciliation—to name, repent for, and repair its sins against Black people within its national and imperial borders forces us to confront a more terrifying revelation about the modern world, race, and anti-Blackness: Black suffering sutures the wounds of the world.

In 2018, Diplomats Warned of Risky Coronavirus Experiments in a Wuhan Lab. No One Listened.

The first known case of Covid-19 in Wuhan, it was revealed in February, had no connection to the market. The Chinese government closed the market in January and sanitized it before proper samples could be taken. It wouldn’t be until May that the Chinese Centers for Disease Control disavowed the market theory, admitting it had no idea how the outbreak began, but by then it had become the story of record, in China and internationally.

Is There a Right to Heresy?

Recourse to laïcité evokes a series of contentious debates about what it means to be French. Among them are long-simmering concerns about how assimilation, race, and religion function within the republican project and its varied colonial expressions at home and abroad.

Nicolaus of Damascus was a prominent Jewish writer, philosopher and statesman of the first centuries BCE and CE. More than earning his multi-hyphenate status, during his life he served as a tutor to the children of Antony and Cleopatra and met, as an emissary, the emperor Augustus, writing, among other works, his biography – from which this vivid account of Julius Caesar’s assassination is excerpted.

The Problem With the ‘Judeo-Christian Tradition’

the “Judeo-Christian tradition” excluded not only Muslims, Native Americans, and other non-Western religious communities, but also atheists and secularists of all persuasions. American Jews themselves were reluctant adopters. After centuries of Christian anti-Semitic persecution and philo-Semitic fantasies of Jewish conversion, many eyed the award of an honorary hyphen with suspicion. Even some anti-communist politicians themselves recognized the concept as ill-suited to America’s postwar quest for global primacy in a decolonizing world.

The Box That Built the Modern World

Think of the shipping container as the Internet of things. Just as your email is disassembled into discrete bundles of data the minute you hit send, then re-assembled in your recipient’s inbox later, the uniform, ubiquitous boxes are designed to be interchangeable, their contents irrelevant.

The Future of Postcolonial Thought

The heaviest price extracted by colonizers on the colonized in the past 500 years was not in the currency of labor and resource extraction but in the realm of knowledge, where colonial subjects were classified as the other in Europe’s empire of reason. Both books also represent a radical critique of European dominion over the rest of the world through the various ages of empire, and both agree that materialist analyses of this dominion—by Marxists, dependency theorists, and world-systems theorists—have misunderstood both colonialism and the decolonization that followed.

For those able and willing to travel, there were countless destinations from Jerusalem, Rome and Santiago de Compostela to the smaller local shrines associated with miracles and relics of the saints. Meanwhile, for those unable or not allowed to travel there were journeys of the mind, inspired by guidebooks that would tell the faithful how many steps they could take around their homes to replicate the walk to the main destinations in Rome and the Holy Land, passing paintings of the places on their route.

The Sovietization of the American Press

Reality in Soviet news was 100% binary, with all people either heroes or villains, and the villains all in league with one another (an SR was no better than a fascist or a “Right-Trotskyite Bandit,” a kind of proto-horseshoe theory). Other ideas were not represented, except to be attacked and deconstructed. Also, since anything good was all good, politicians were not described as people at all but paragons of limitless virtue — 95% of most issues of Pravda or Izvestia were just names of party leaders surrounded by lists of applause-words, like “glittering,” “full-hearted,” “wise,” “mighty,” “courageous,” “in complete moral-political union with the people,” etc.

Your attitude determines your success

It is important to always be mindful of your emotions and manage them well if you want to succeed in your journey. Your emotions determine your attitude, and your attitude determines your progress, resilience, and eventually your success.

In search of amusement

Marvel spent $400,000,000 to make Avengers: Endgame. Because there was a business model in place that made it a reasonable investment choice. What if we wanted to cure river blindness or address ineffective policing as much as we wanted to watch movies? The business model would shift and things would change–in a different direction.