About end of windows, reinventing the wheel, cost per decision and more. 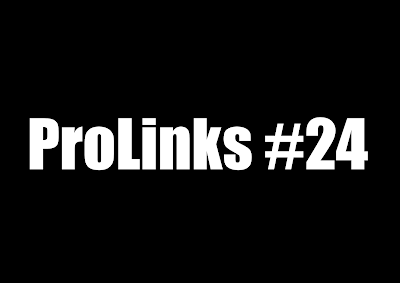 One of Estonia’s first “e-residents” explains what it means to have digital citizenship – An online community survey recently asked me where I’m based. Without hesitation, I answered “Estonia.” You might ask: as a US citizen, why in the world did I do that?
Observability: A Manifesto – Everybody and their freaking grandpa is now claiming to do observability, not stodgy old monitoring. Fine, great. Nice to be trendy I guess.
The End of Windows – What is more interesting, though, is the story of Windows’ decline in Redmond, culminating with last week’s reorganization that, for the first time since 1980, left the company without a division devoted to personal computer operating systems.
Sane Office Environment with Code Review Guidelines – Code reviews help keep code clean, efficient, and productive. Find here some checklists and the dos and don’ts for reviewers.
Please, reinvent the wheel –  Linux is a reinvention of Unix, MariaDB is a reinvention of MySQL (MySQL being a reinvention of PostgreSQL/OracleDb and PostgreSQL being a reinvention of various Oracle databases and others).
AFIS identifies child abuse suspect – The Texas Department of Public Safety Crime Lab in Austin has identified a child abuse suspect from a fingerprint taken from just a photograph of his fingers.
Software Development Design Principles – When people start out as self-taught programmers, a lot of the times we think about creating an application that simply works. It works, perfect! ONTO THE NEXT VICTIM!
Things I have learnt as the software engineering lead of a multinational – 1.  When the plan is foggy, that’s the moment to communicate as broadly as possible. In fact you should not frame it as a plan, you frame it as the situation and the final state you want to achieve.
50 Common Misconceptions In The World Of Software Development – This post is to help you introspect your thoughts on varied things that float in the realm of software development.
Testing in Production, the safe way – In this post, I hope to explore different forms of “testing in production”, when each form of testing is the most beneficial as well as how to test services in production in a safe way.
It’s about what broke, not who broke it – Who broke it is frequently just a roll of the dice: who got that particular task, bug, or ticket assigned to them, and happened to run this valid command instead of that also-valid command?
Holey Beep – Holey Beep (CVE-2018-0492) is the latest breakthrough in the field of acoustic cyber security research.
Data Consistency in Microservice Using Sagas

Cost Per Reasonable Decision (CPRD) – Consider the costs: the email threads, the 1:1s, the small meetings, the large meetings, the meeting prep, the mockups and samples prepared, the time spent communicating the decision, the meetings to rehash the decision (and correct the misunderstandings caused by having so many people involved)…and the opportunity costs of all that time/energy that could be spent elsewhere.
Who would win in a rap battle between Eminem and Kanye West? Why? – Although the battle is fictitious it shows how Eminem is a master of not only the art of battle but the art of using cognitive bias to sway an audience in enough for you to win any battle.
Optimism is your worst enemy – You need to quit being so optimistic.
How To Play Video Games Without Messing Up Your Body – It’s obvious that parking your butt on the couch for several hours straight playing a game isn’t good for you, but sometimes it’s hard to resist. Here’s how to do it without messing up your body.
Check out my Slovak newsletter (if you understand Slovak 🙂 ).